With no cancelled checks or any sort of receipts to show event validity, the saga of who is on first, what’s on second base continues.

With no cancelled checks or any sort of receipts to show event validity, the saga of who is on first, what’s on second base continues. The  party complaining, should be the claimant in a suit them selves. It is not often times, when we see blatant misinformation supplied, with no validity given to support the claimants claims of “we are innocent”

.”Who’s on First?” is a comedy routine made famous by Abbott and Costello. The premise of the sketch is that Abbott is identifying the players on a baseball team for Costello, but their names and nicknames can be interpreted as non-responsive answers to Costello’s questions. For example, the first baseman is named “Who”; thus, the utterance “Who’s on first” is ambiguous between the question and the answer.

The BattleField Bash,is very much the same in knowing nothing  has been supplied and at best, being so evasive to whom is running what.Many things don’t seem to add up.The Barry’s say,they have a tribute car for charity, but it is there personal car to? the one Steven Barry got through accepting said donations for At least, it was alleged he said so.What the press was wondering, was where is the children’s car seats and where is the equipment to haul those sick children in it .

What about permits to haul people around and special licenses for such? certain individuals have spoken about transparency? I do not enjoy hashing the same old things over and over, but will from time to time and so we say, isn’t this entire ordeal over not being transparent? In fact it definitely is. 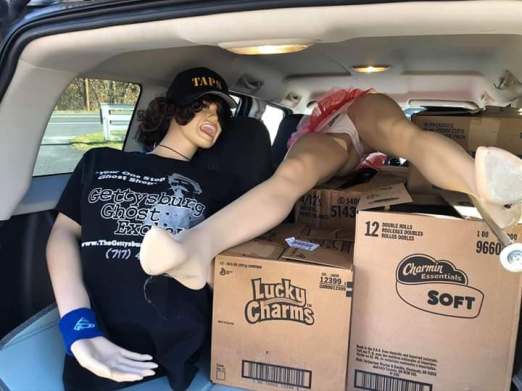 what tribute car is really used for 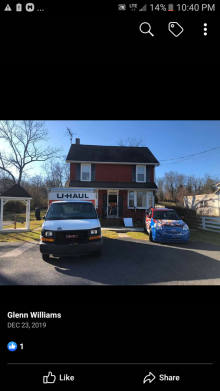 tribute car hard at work with disabled veterans assisting them.

Let me guess, the mannequin’s have been using there car right? UMM ok.

The local bash crew,,has yet to show where the donations for sick kids or kids with cancer is gone.They mention wounded warriors a lot and definitely have by way of said donations painted there tribute car to look like Wounded warriors,but that does not mean anything for the sick kids or kids with cancer,that they so boldly claim to have suppoorted.

Don’t get us wrong,it is not that we don’t want these people getting help,because we do. We would like to donate also,but can not guarantee where the said donations are going and that is what the big indecisive who is on first, comes into play.

With the Tribute vehicle being shown and spotted on some pleasure cruise. It made some conclude,that the painted mirror of the Wounded Warriors,could of been a scam to even  obtain more donations.Or alleged scam.Take your pick.

iIn an interview, this is what Pam Barry stated v”The couple bought a Chevy Equinox with their own money earlier this year and worked with local artist Marvis Greene to decorate it. “Again the Barry’s accepted donations in regards to having the art work done under the premise, they were benefitting  kids with cancer and veterans and so forth.

“We just really wanted to help critically ill children and wounded warriors,” Pamela Barry told “GMA.”
(MORE: Identical twins, 35, get near-identical breast cancer diagnoses just weeks apart)
The small business owner and her husband also host an annual benefit called the Gettysburg Battlefield Bash, where they unveiled the vehicle on July 27.
“Hundreds of people were clapping,” Pamela Barry said.
‘We want to be a small part in making people’s lives better.’
The car model’s name, “Equinox,” is fitting the couple said, because the definition worked well for their mission: the start of a new era and sign of hope for the future.
Although they have yet to have any rides, the couple are eager to start their service, in which they will personally shuttle people around to treatment centers and hospitals.
(MORE: ‘Excited’ woman accidentally breaks ‘cancer-free’ bell)
The Barry’s want their “Equinox” to offer “hope and healing” to anyone who needs it in their community and “empower each other” to help those who need it.
“We want to be a small part in making people’s lives better,” Pamela Barry said.

If the Barry’s had claimed that the Equinox was there personal car, how do they then claim to be assisting sick kids and hauling them around? where is that money coming from and whom is collecting what exactly?There are a lot of questions and some are demanding true answers of these people .

The ones demanding there answers, have been hit with constant threats and the alleged CEO of the bash, that being as was prior described to be Steven Barry, well his takes the cake. Just today, we saw a few posts, stating according to what appears to be him, he will take care of people meaning his complainants at the next para con? what does that even mean exactly?

An article titled”The Internet has created the bravest cowards: keyboard warriors,suggests It’s easy to lose your temper on the Internnet,but does reminds thise,that keyboard warriors are growing in numbers,as the internet and social media redefines how they act and how others act to them.you have most likely been seeing this on social media?

The Internet has created the bravest cowards: keyboard warriors

MY NAME IS EVAN JENSEN A PARANORMAL EXPERT IF THERE IS SUCH A THING. I myself being involved at various aspects of the paranormal have come to realize it is a field riddled with conmen and frauds hoping to evade the public and con as many as possible. This paper I.E blog site has stopped many from doing such. It is a free site for those needing help and wishing to spread the news of there fellow con people.
View all posts by BEYOND THE EDGE OF REALITY »
« The lawyers are coming, the lawyers are coming, as the Gettysburg clan gets ready for another Bash announcement.
Bada Boom, Bada Bing and just like that, they deceived the paranormal public. »

One thought on “With no cancelled checks or any sort of receipts to show event validity, the saga of who is on first, what’s on second base continues.”