Ok kids, listen carefully to what I am about to tell you all. If any of you people, have A known association with Pam Barry, Steve Barry or Glenn Williams,please either disassociate with them now, or expect repercussions from being in there mist.

As this clan gets close to falling apart, someone will have to become there patsy. Let’s hope it is not you.

THEY WILL BURN YOU.

These people are some of the most vial I have dealt with so far. Last year, we ran some articles that poked and prodded certain bash employees. Why was that you may ask? We ran some articles, that exploited the fact that Pam Barry and Steven Barry were being accused of charity fraud and that is what sparked this huge explosion of threats of violence, not just once over heated hearsay, but many times now.

Just today, I had the opportunity to see some of this vial posting from your love and light team. Keep in mind, it is vulgar, defamatory and pretty much something, you should never be seeing from any paranormal group that does public events, let alone A historic event, such as the Gettysburg Bash.

With continued pressure building from either the lack of the A.G stepping in, or people not knowing what is what, it has left this group to run wild with slander, threats and most likely with peoples money.

Keep in mind, it is simply intimidation.We know this,because we are used to the sort of reaction,when some of these alleged crooks get worried,they result to name calling,threats and any intimidation method,they can find to use.

Fraud is constantly evolving — it is the one truth within the industry — and increasingly fraudsters are targeting paranormal folks to commit it. First they find a patsy, perhaps A writer, A journalist or someone they can pin there misfortunes on to evade the said truth, that being, they are fraudsters.

The below screenshot’s are and were taken directly from Steven Barry. CE.O. of the Gettysburg bash and Gary Williams. Please keep in mind, they endorse violence, call others cowards and spew some pretty nasty comments, including blanket threats directed to myself and anyone challenging there  alleged scamming ways.

Are these the types of people, whom you want to endorse your paranormal events? be around your inner circles, kids, children or friends even for that matter? I would certainly hope not.

The screenshot below is of Glenn Williams calling myself A pervert and what ever else, he can find to empty his  bad and foul mouthed attitude. Keep in mind, this man is just one of the people that assist the Barry’s with there events. This is the type of folks, who are putting your paranormal Gettysburg bash event on display. Does it make you feel warm and fuzzy, knowing these are the individuals, that are doing there best to gain your trust people.

Would you allow your children to be around this man, or even Steven Barry for that matter? 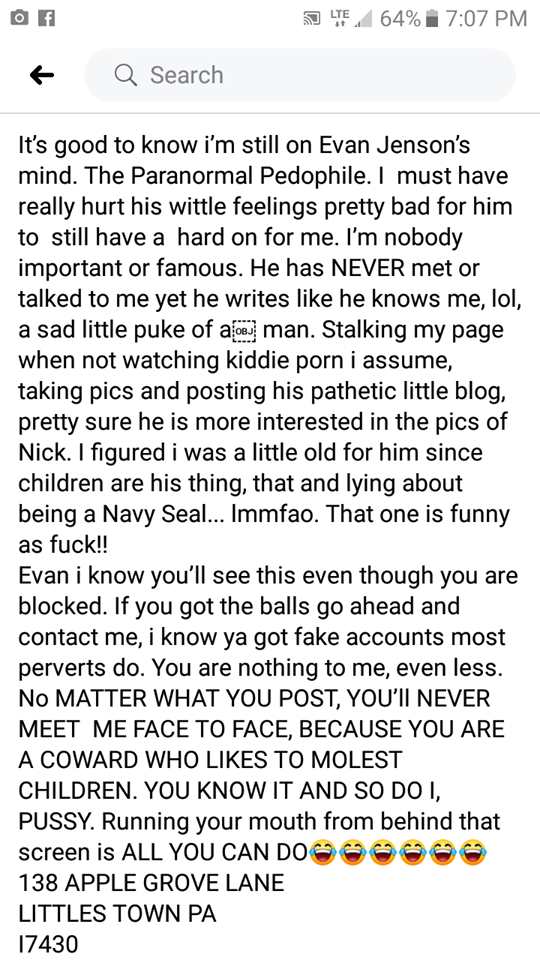 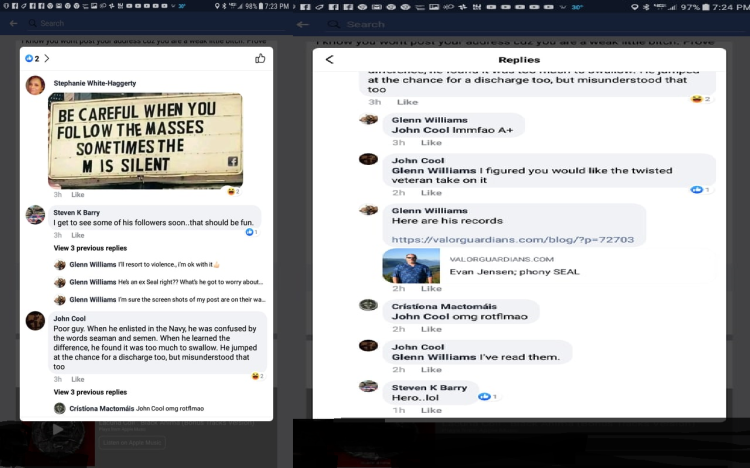 After Facebook blocked M.R Williams, we managed to even get A few more posts from the Barry Patch boys. 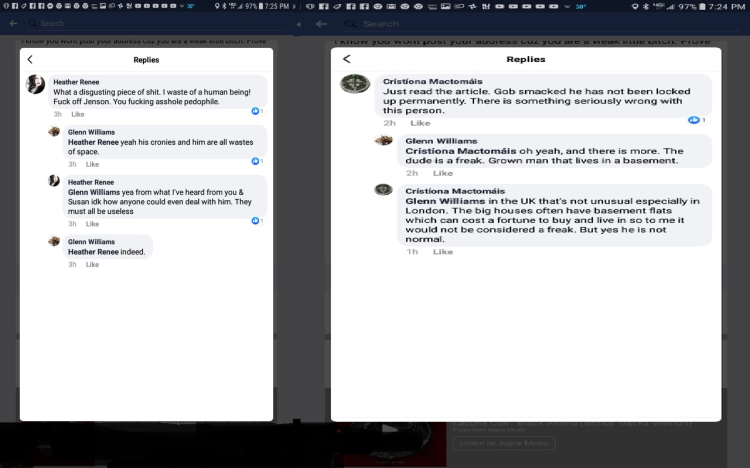 The below post, is where you see Steven Barry, talk about seeing some of the people, he felt blew the whistle on his fraud cases. John Cool, also chimes in. for the record he is talking about another event, that is not of there’s. It is A threat directed towards two other woman actually.

Last but not least,the C.E.O Steven Barry states I’m a coward,  pervert and has no balls to face him.Well that is exactly what i have been saying this entire time,that Steven is vial,foul and should not be endorsed in the paranormal community ever.You need your evidence,there it is. 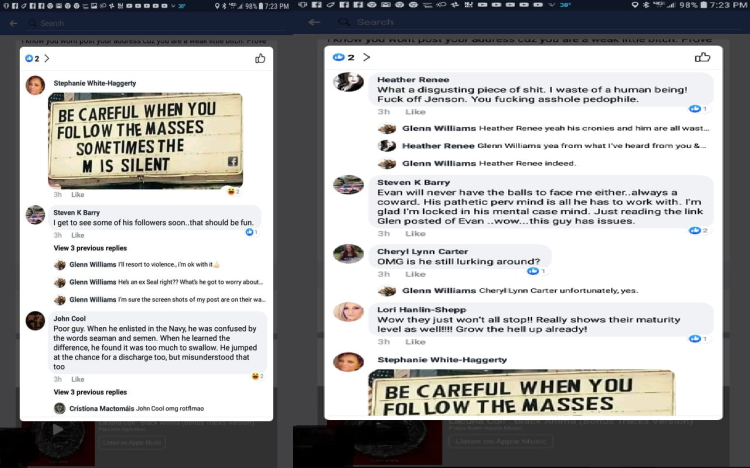 To be continued and part 2 to be written, stay tuned folks.

MY NAME IS EVAN JENSEN A PARANORMAL EXPERT IF THERE IS SUCH A THING. I myself being involved at various aspects of the paranormal have come to realize it is a field riddled with conmen and frauds hoping to evade the public and con as many as possible. This paper I.E blog site has stopped many from doing such. It is a free site for those needing help and wishing to spread the news of there fellow con people.
View all posts by BEYOND THE EDGE OF REALITY »
« That moment when you go, isn’t that car to be used as transport for sick and wounded folks? Tribute car used as U haul.
Gettysburg bash tribute car filled with mannequins, lucky charms, toilet paper and boxes. Not wounded warriors or sick children. »