Their is an old saying in life.”Once a con,crook,scammer and or lowlife always one.Just perhaps the truth could not be further in the case of one Denial expert.That of course being Ryan Daniel Buell.

Perhaps the channel 11 news reel explains Buell’s actions even further.At least Buell’s former friend and associate Psychic Chip Coffee laid it all on the line to warn the public.

Chip Coffee:”Chip Coffey is a well-known psychic and medium who was once part of the cable TV series “Paranormal State” with Buell. Coffey, Buell’s friend, was scheduled to team up with the ghost hunter again for his “Conversations With The Dead Tour.” He said Buell and his team, the Paranormal Research Society based the Raleigh-Durham area, organized the tour and were in charge of all the details.

Over the past few years,the man was alleged to go from one serious scam to the next.With angry fans wanting refunds and non booked events,some folks were sure the law would catch up to the once popular Paranormal State star.Just maybe it did.

The law did finally meet Buell,but not for scamming folks in the paranormal.During the time Buell was living with his partner,he apparently through what had been described as a drug fueled domestic case,got himself arrested and did some serious slammer time. 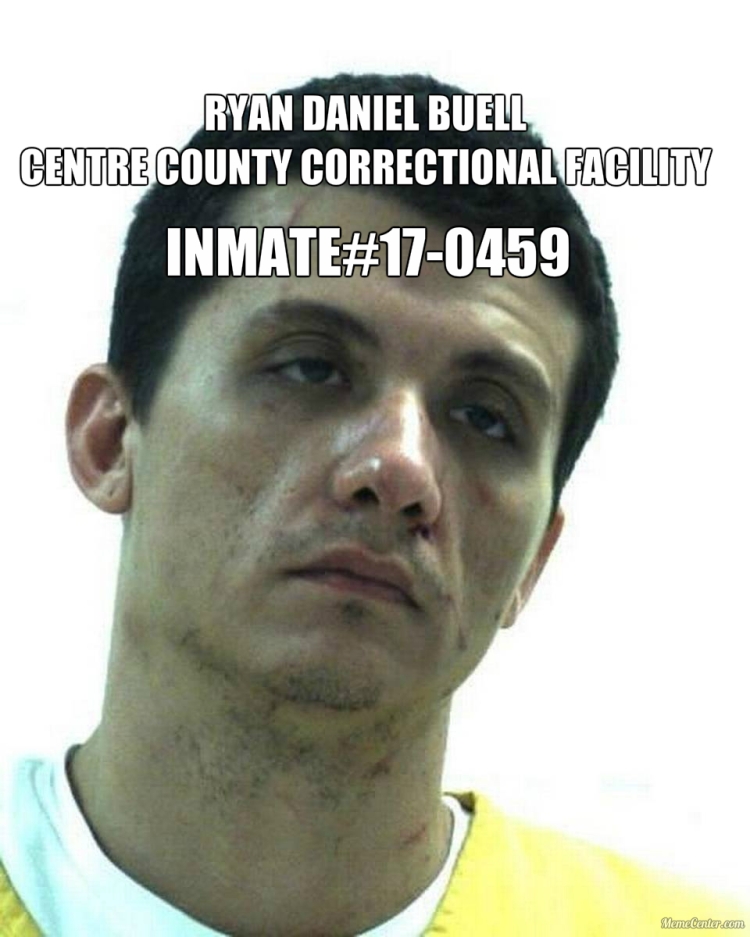 Ex-celebrity Ryan Daniel Buell confirmed for drug rehab by his own recent posting to Facebook.

After getting out of jail and plea-bargaining his charges,one that even included an alleged theft of A rental car.Buell began to lay quiet for a few months,but then went right back to doing events. With a supposed new direction and Buell stating he was then clean,he began to regroup or organize his Paranormal research society,that he did in fact use to scam folks with prior.

Most of the people Buell had assisting him,when Buell first got into trouble scattered like ants on a nice ripe Honey Dew Mellon.Some stayed,but were merely in the distance.

With A few events now under his belt,Buell over the past week has described and even stated,he is now touring or will be going to tour in the Northwest soon.This has created A bite of an outrage,as Buell to the very day has not paid back the substantial amount of money he was accused of stealing from people and ticket sells revenue.. 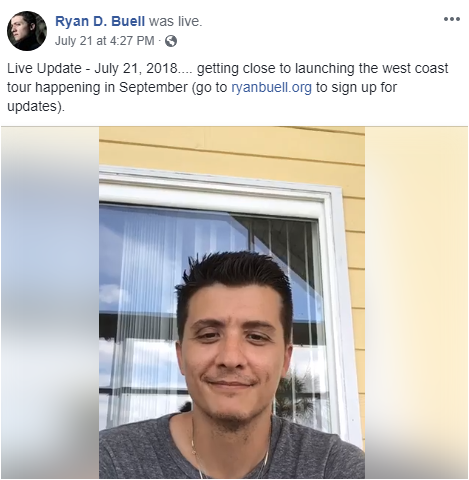 Some questions remain skeptic at best,about Buell’s events, anything he hosted or will host and even the people associating with him at this current point..#1 Is Buell entitled to do paranormal events,after allegedly taking peoples money to fuel what is been described as a prior drug issue?

#2 should people forget how Buell lied about cancer and being terminal”At deaths door” is what he told people Magazine?

#3 Can A man like Buell,ever be trusted inside a public venue or self held entertainment event again?

As I got involved into the paranormal entertainment world, I realized, that there were scammers just waiting to scam people from innocent unsuspecting people. This sickened my stomach, so I began writing about them to expose them so others would not be cheated and so The paranormal Herald came to force.
View all posts by Paranormal Herald Magazine »
« Ryan Daniel Buell, alleged scammer,thief,drug addict. Can he once again gain some sort of any true status inside the para world or society?Erik Knapp believes so. Part 2
Vivid dreams, 7 gunshots and today death threats that came in by way of the number 7 stop threatening Kelly Griffin. Reward: offered for information and or arrest of individual making death threats. »