Exclusive tell all. Buell drank liquid G. Destroyer Of Youth and Date Rape Drug. Sergey’s soon to be wife, (Malissa Drake) knew the entire time,says one source.He put dark towels and blankets or whatever the hell it was over her windows in the room he was in.

Explosive allegations,News channels picking up the story of the century,yes it was all Ryan Daniel Buell. Allegations of drugs and scamming people out of money was the new reality of a once popular reality celebrity. Among such accusations and said rumors,were those that depicted lavish sex parties and said drug fueled parties.More then one source came out to publicly describe these alleged parties.During the years 2014,2015 and 2016 were said to be the richest part of there partying.

Just recently in an email source, Katia Maynor  has came forward about some of things she says Buell was doing during the time, he allegedly took peoples money and around 2016.

Many fans who got there money scammed from them had stated,that perhaps Buell had some help.We saw many things happening with Buell’s pages comments being deleted and someone watching to delete comments that warned the public of Buell’s treachery.

Just A few days ago in an email to us A single source came forward. She explained that she had been a personal friend to A woman named Melissa Drake,who is said to be Sergey’s wife. Sergey was A man who had been partners with Buell on shows and in groups,he was also a huge supporter of Buell’s Twitch gaming,where they both asked for donations.

During the course of Buell’s  arrest and drug recovery, they separated and Sergey miraculously fell in love with Melissa Drake.According to recent emails given to the Herald,this source states she had been friends with this Malissa and had been accused of selling information to us,that consisted of personal information on Buell. 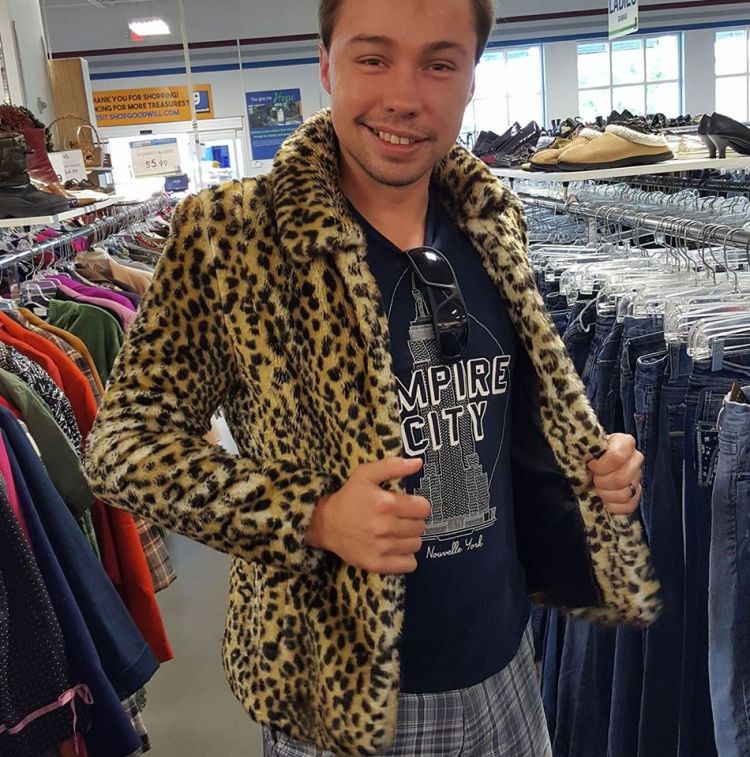 Keep in mind Malissa Drake was associated with Buell long before Sergey’s supposed separation from Buell.

Since Malissa Drake was falsely accusing Katia of selling Buell’s secrets,she(Katia) decided to come forward and unload what she was being accused of. Inside the emails,the content consisted of stating that Buell was drinking liquid G while while staying with her and she was disgusted. She openly states Buell moved in,drank liquid G and raided the refrigerators.The inside source states,that Malissa Drake knew about the drug addiction,but did nothing to warn the public or anyone else.

Email stating what Buell and Malissa were doing.

Evan Jensen
Feb 12 at 9:07 PM
In a nutshell, I am a former friend of Melissa Drake. Sergey’s soon-to-be wife. I watched her kids that summer so she could go visit PA and see him. I lived in her home for 4 months. Before it hit the internet and the news, she found out about Buells arrest and told me of course. I knew every detail of everything that went on summer of 2016 because I was there. She shared everything with me. Ryan was at her home and on Twitch the week before he was arrested. He showed up there with Ben and the car they wound up being arrested for. Ryan was a fucking mess. He and Ben were both covered in bruises from all the times they got into physical altercations. Ben was great to be honest, but Ryan? He couldn’t keep his eyes open, he was haggard, and barefoot. His feet were blue. Why I don’t know, but they looked awful. Like there was no circulation. Now, at the time, I had admired and cared about him as a human being, so it broke my heart to see him this way. Melissa later on, found what looked to be a cap from a hypodermic needle in the room they stayed in. She confronted them, but of course they came up with some bogus reason and she didn’t throw them out. I was uncomfortable the whole time. I had to have a few drinks to loosen up enough to have any kind of fun. He was aloof and very unfriendly. Ben was the only one that was coherent and nice to me. I can’t even say the same for Melissa, who was supposed to be my friend. I found out the hard way she didn’t give two shits about me. We stopped talking in Oct. of 2016. I cut her out of my life after a falling out, and it was the best decision I made. Anyway, during Ryan’s stay at her home that weekend, he stayed in the room. Didn’t come out all day. When he did, it was to raid her kitchen and he had this little metal container with a substance that he finally said was a drug called liquid G, and he was sipping it like tea. If you don’t know what that is, look it up. It ain’t good… He put dark towels and blankets or whatever the hell it was over her windows in the room he was in. They unloaded the stolen car of all his belongings like he was moving in. It was ridiculous. He stayed 2 nights and he completely moved himself in. When he was out of the room he was obnoxious. By the time he left I was disgusted. Absolutely disgusted.

Evan Jensen
Feb 12 at 9:53 PM
I would like to add that, the reason for the falling out with Melissa was because she actually accused me of selling stories to you. Now, you and I have never conversed until now. Correct? Yes. I was tempted shortly after I quit talking to her, to just email you everything, but then that would have made what they accused me of true, and honestly I have no gain in smearing any of their images except Ryan, because he had already done that himself, and I hate him. He told Melissa, while he was in jail, that he thought I stole some supposed paperwork about the eviction from his home and gave it to you. And of course, her being the wonderful friend that she is, believed his dumbass. Ryan told her I may have supposedly stole this silly piece of paper while they were out and I was watching the kids. I did no such thing, and I have never spoken to you about anything until now, because honestly, what does it matter now? Her and Serg and that whole crew of misfits are nobody to me now, and it honestly makes me laugh to see and hear of Ryan still trying to rake in money for these pathetic Paranormal Events he knows he isn’t gonna follow through with. Even if he does, how many people are really gonna show up? I mean, c’mon, get real. He’s pathetic and I decided to share these tidbits with you, because, well, fuck it. Why not? I have no loyalty to him or anyone affiliated with him. So go ahead and have fun with this info. It’s no skin off my back.
Paranormal Herald: Reflecting back on what Katia had said about being accused of selling secrets to us,we do all of our own work, phone calls were made and more then 40 people came forward about Buell’s wrong doings.The papers received were all public records after running skip tracers and personal referencing checks on more then 4 different sites. The information gained was all from that including Buells eviction.The same said eviction where Serge y and Buell left a large debt to there landlord,the said landlord filed suit and Buell was left with a said judgement for that debt once again all public record.
Katia had never spoken to us before and certainly not until February of 2018.

What is Liquid G? What you need to know about drug linked to George Michael.

Within the chemsex scene, it’s used as a sex drug – including at so-called ‘GMTV’ parties, where G (GHB), M (mephedrone), T (‘Tina’ or crystal meth) and Viagra are consumed.The drug works as a central nervous system depressant – and offers feelings of euphoria, but also causes sleepiness, and is dangerous because users can overdose easily.

The active ingredient is GHB (Gamma Hydroxibutarate) which is a central nervous system depressant. It is bought on the street or over the internet in liquid form or a white powder. What very few people realise is that the production of GHB usually involves the use of lye or drain-cleaner mixed with GBL, a chemical cousin of GHB and an industrial solvent often used to strip floors. Unfortunately instructions for manufacture are available on the internet..

Apart from the dangerous additives often added to the “street” drug, ignorant young people often increase the dose to get a “better” effect and use it with other “club” drugs such as ketamine, metamphetamine, Ecstacy, Rohypnol, marijuana and cocaine. This may result in profound sedation, seizures, coma, severe respiratory depression and death.

As I got involved into the paranormal entertainment world, I realized, that there were scammers just waiting to scam people from innocent unsuspecting people. This sickened my stomach, so I began writing about them to expose them so others would not be cheated and so The paranormal Herald came to force.
View all posts by Paranormal Herald Magazine »
« I am 9 months clean,so that makes up for the folks I took money from,says once popular celebrity reality star Buell.
Fake D.R no credentials but he is psychic?How Kennedy, Kevin Malek and Bishop katrina Rake seem to endorse and support pure frauds. Say no to Project PSI »