Lady Snake tells Zak you are becoming demonic? Episode 8 season 2. Is this why he wanted to touch Annabelle?

It’s been more then 13 years since Zak Bagans introduced us to his brand of reality television and his type of paranormal investigating in the  spirit documentary “Ghost Adventures,”, and in the spirit of great reality television the host once again does something for his Halloween spook special, he wasn’t supposed to – no surprise there.

In A fairy tale theater you may think things are just dandy, but when it comes to the Paranormal and said reality I to have some looming issues. As of recent Zak Bagans has been coming under fire social media wise, for supposedly touching Annabelle the haunted doll, however some much more serious questions should be raised.

With a sign hanging over the said doll “Do Not Touch, it seems Zak committed the unpardonable sin of touching and or holding the said doll. It is not the first time that Zak has been scrutinized for disobeying the rules and for calling out the dead the way they do. Disrespecting the spirits seems a great part of the said show.

With the recent touching of Annabelle and all that hype, some people have wondered is Zak safe to even be around now, or has he finally made it to the Dark side?

In season 2 Episode 8 Zak is told he has become demonic. By what people are calling A Black Witch. In this video Zak offers himself up to what is suggested as the demonic. He says” If This Is The Portal To Hell, Why Don’t You Come Up And Get Us”.

Be careful ZaK you might get what you asked for!

Either  through blatant disregard for endangering his crew and or others it seems to be a normal way of life for Zak, or he has as they say finally become what he so seeks.

In Zak’s book. He writes about A man named David Oman, and as of concern he wrote about David without exclusive permission. He stated David was possessed and attracted entities. perhaps it was to sell his book, or perhaps he was merely speaking about himself I do not know.

The following screenshots are the page inserts from his book. “I am Haunted”. 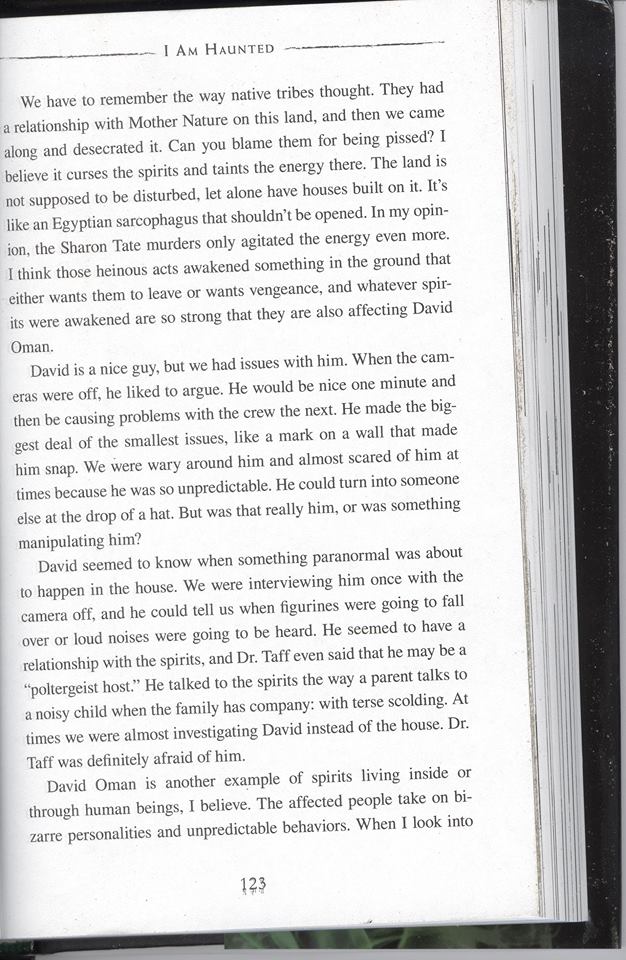 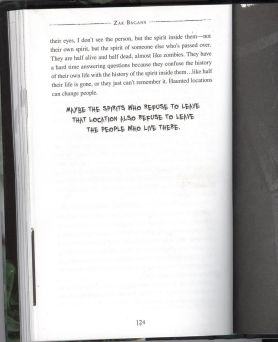 If you believed in cursed objects, it does not matter. The main stream  audiences believe, that Zak has and is willfully acting out of malice when it comes to the paranormal. They say he has blatantly disregarded measures to take to keep himself and others safe. Perhaps the conjuring he does at haunted attractions shows some of that people have been speaking about.