It was stated that the checking account had been closed for well over A year and had showed no activity since then, minus of course the so called bad check that was written on October 7th. The event was to hold food and an investigation at the Skirrid inn.

The Inn owner reports, that Cris has allegedly let him down on 4 other different occasions, when dealing and trying to pay for the said event.

More comments to confirm, that there is definitely some issues with Cris Wilson and others can be seen below in the following screenshot. 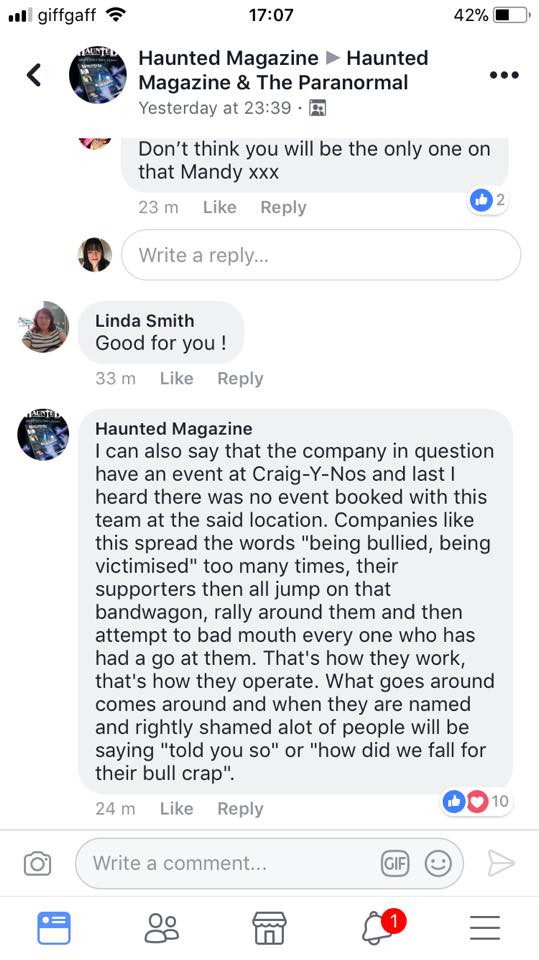 In the past two years some really big events were remembered for there scams such as the Haunting At Tombstone, where a woman named Carol L Malone was accused of scamming people and also Ryan Daniel Buell,who was allegedly accused of stealing upwards of 80 thousand dollars from his fans.

The Paranormal Herald has investigated more then 50 incidents where these types of said deceptions seem to always follow. One thing they have in common, is that they seem to lack funds to pay for there said events, but always seem to prosper from there said events at the same time.?

The paranormal has become a cluster of mistrust, miss-informed barbarians and by spreading the word, you can stop them cold at what they do and that is scam and cause undue influences within the entertainment world. Always be social and be on the alert as well. If  there is ever an issue and you would like to inform us please do. Your names if asked can and will be confidential as always.