If you are a fan of conspiracy theories, then you certainly are familiar with the work of Newspaper Journalist and New York Times, best-selling Author, Jim Marrs. He was one of the most famous JFK conspiracy investigators of our time. Sadly, Jim passed away, suddenly as the result of a massive heart attack on Aug. 2, 2017. He was 74 years young. 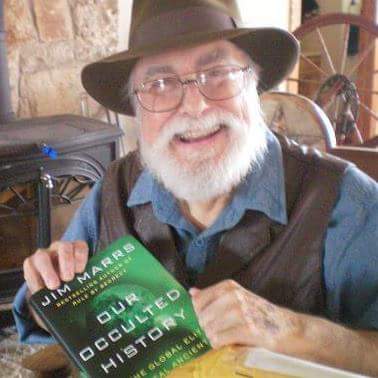 Jim’s investigative work on the JFK assassination, along with his best selling book “Crossfire: The Plot that Killed Kennedy”, became a basis for the Oliver Stone Film, “JFK”. He taught a course on the 1963 assassination of President Kennedy at the University of Texas in Arlington, beginning in 1976. He retired in 2007.

Almost every year, Jim attended the anniversary of the JFK Assassination, in Dallas Texas. He never failed to graciously speak with fans and give interviews to the media.

Marrs authored many conspiracy theory books and articles, which were praised by his community of devoted fans. Some of his works include: “Alien Agenda”, “Rule by Secrecy”, “Crossfire”, “The Rise of the Fourth Reich”, “Population Control”, “PSI Spies”, “The Terror Conspiracy”, “Above Top Secret”, “Our Occulted History”, “Inside Job”, “The Sisterhood of Rose”, “The Trillion Dollar Conspiracy”, “The War on Freedom”, “The Illuminati”, “Inside Job”, “The Enigma Files”, and “PSI Spies”.

We, at Beyond Reality Paranormal Talk Radio, were honored to host one of the last interviews with Jim. He was a fascinating guest, and a gracious and kind man. We thank him for the work and the wonderful legacy, he left behind. Our condolences to Jim’s wife, Carol and the entire Marrs family. He will be greatly missed.

The apparent last interview that Jim Marrs happened to do, was with our radio show and we were honored to have had him on as a guest. for those wishing to listen to Jim Marrs and his interview, the below YouTube listening link is for that.

As I got involved into the paranormal entertainment world, I realized, that there were scammers just waiting to scam people from innocent unsuspecting people. This sickened my stomach, so I began writing about them to expose them so others would not be cheated and so The paranormal Herald came to force.
View all posts by Paranormal Herald Magazine »
« Paranormal Arkansas man accused of molesting farmers donkey.
A TRIBUTE TO THE LIFE AND LEGACY OF JIM MARRS (1943-2017) »