The Paranormal Herald prides itself on writing about news inside the paranormal entertainment genre, but some times the news is absolutely strange, perhaps maybe even a little crazy from time to time.

On July 16th,2017 A well known and popular author named Wesley Fox out of Branson MO had stated and announced via a live Twitter feed, now removed, that he was going to start an exclusive paranormal research group for transgenders,but not until after his final surgeries would be finished. He explained that his life was a little shaky, because he isn’t really married, but is pretending to be such for the sake of his adopted foster kids.

Wesley Fox has came out openly and in the public stating that if you have seen him fighting with individuals, it is because he has and is under going medical therapy, gender therapy, or hormone diss-placement

Wesley had stated he felt like a woman trapped inside a mans body and that he did not have many friends, because his many friends did not know how to understand him. Being alone as a woman inside a mans body has been difficult for the famed author as he so describes it. He say’s he can always remember even when a kid as A small child, that he would watch sad movies and cry more then not. He say’s that he had a sensation to play more with Barby type dolls, then with his army ranger toys. He also went on to say, that he had planned on becoming the very first transgender minister in the country 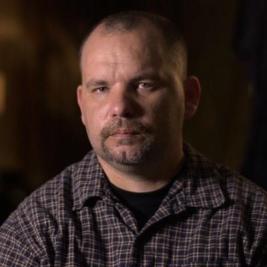 “Physically transitioning from male to female, or becoming a trans woman, is an unique and individual process. There is no “right” or “wrong” way to physically transition. While some trans women may choose to undergo Sexual Reassignment Surgery (SRS), others may find that Hormone Replacement Therapy is sufficient. Transitioning, regardless of what it entails, is a long, expensive, and risky process that can lead to rewarding results!

As I got involved into the paranormal entertainment world, I realized, that there were scammers just waiting to scam people from innocent unsuspecting people. This sickened my stomach, so I began writing about them to expose them so others would not be cheated and so The paranormal Herald came to force.
View all posts by Paranormal Herald Magazine »
« Wesley Fox  of Branson Ghost Tours shut down for not paying there fare share of taxes. Lien # 201706900007053 Inside is the court cases in regards to the tours held.
Wesley Fox to launch all new transgender paranormal research group after transgender sex changes made. »