A Boulder psychic faces at least 1 felony count of theft  after police say she(Becky Ann Lee) allegedly swindled a member of the family that founded the Lacoste clothing company out of more than $200,000 cash,that went to the purchase of gold coins.

She(Becky) is currently free on bond and due back in court in February. 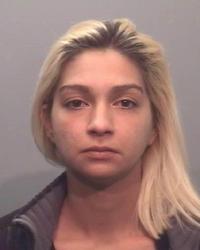 Becky Ann Lee is charged with stealing $200,000 from a wealthy CU-Boulder student.

An arrest warrant said Lee is the owner of the Psychic Chakra Spa in Boulder. The phone number to the spa wasn’t working and its website has been taken down.No available links can be found,as they say the once psychic shop is now closed for all comments and future tarot readings.

According to a police affidavit, it said. Lee convinced Lacoste over what was described over a years time. To give her more than $200,000.

The two of them used the money to buy gold coins, which Lee allegedly told Lacoste would be used in her rituals. Police said she instead pawned them, and dodged Lacoste’s questions about when she would get them back.

Of course Lee has refused to publicly comment about the claims and recent court appearance,that is do this coming February.

District attorney, District Attorney Stan Garnett says.The woman Becky Ann Lynn misused the coins she received for her own use.The idea and concept was that this psychic was going to use the gold coins to rid off Evil spirits.

The District attorney went on to further say””She misled the victim into turning over these large amounts of money saying they would be used in one way and in fact she used them for her own personal benefit.

Investigators say Lee pawned the gold coins and gave Lacoste gift cards and purchases at hotels and restaurants using some of the money.

“Often with this kind of case, there will be other people who have been similarly victimized,” Garnett says.

Garnett say anyone with a similar case in dealing with Lee should contact Boulder Police.

Sourced links that are linked to this particular story.

MY NAME IS EVAN JENSEN A PARANORMAL EXPERT IF THERE IS SUCH A THING. I myself being involved at various aspects of the paranormal have come to realize it is a field riddled with conmen and frauds hoping to evade the public and con as many as possible. This paper I.E blog site has stopped many from doing such. It is a free site for those needing help and wishing to spread the news of there fellow con people.
View all posts by BEYOND THE EDGE OF REALITY »
« Paranormal Herald,rest in peace David Bowie.
Researchers confirm site of hangings for Salem witch trials,matter of time before ghost researchers head to site to do their EVP work »