The Hollywood Reporter ran an article on November, 12th 2015.Inside the report they discussed a 200 million dollar deal. 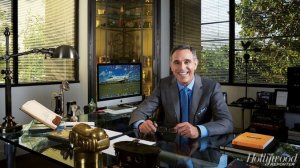 Lionsgate has made a strategic investment in unscripted producer Pilgrim Studios as part of its diversification into television.

Terms of the deal were not disclosed. But it is understood Lionsgate is investing around $200 million for a majority stake in the indie producer, even though the tie-up is being positioned as a partnership.

Complementing Lionsgate’s scripted TV slate with titles like Orange is the New Black and Nashville, Pilgrim’s unscripted programming slate has 47 series, including Syfy’s Ghost Hunters, Welcome to Sweetie Pie’s on OWN, and the docu-drama Fast N’ Loud on Discovery.

Pilgrim’s other TV credits include Wicked Tuna on National Geographic and The Ultimate Fighter on Fox Sports 1, the flagship MMA fighting show. Pilgrim will continue to operate independently of Lionsgate under its current management led by founder and CEO Craig Piligian, who retains a significant minority stake in the company.

“This deal creates tremendous synergies between our companies, including the benefits of our respective relationships in the industry and the strength of Lionsgate’s worldwide distribution infrastructure,” Piligian said in a statement. For its part, Lionsgate said the deal will give the two partners a combined roster of nearly 80 TV series across 40 networks, and expands Lionsgate’s position in unscripted programming.

“We’re delighted to be in business with Craig Piligian and his team, who have achieved remarkable success building Pilgrim into a global leader in unscripted content with a valuable portfolio of long-running returning series and reality brands,” said Lionsgate CEO Jon Feltheimer in a statement.

The strategic investment accelerates Lionsgate’s move into unscripted programming after recently growing its slate of non-fiction fare with shows like Monica The Medium, recently renewed for a second season on ABC Family, the horror-themed game show Hellevator on GSN, and the Freddie Wong/RocketJump series for Hulu.

MY NAME IS EVAN JENSEN A PARANORMAL EXPERT IF THERE IS SUCH A THING. I myself being involved at various aspects of the paranormal have come to realize it is a field riddled with conmen and frauds hoping to evade the public and con as many as possible. This paper I.E blog site has stopped many from doing such. It is a free site for those needing help and wishing to spread the news of there fellow con people.
View all posts by BEYOND THE EDGE OF REALITY »
« Faith Healers,light Workers,Are faith healers for real? Are light Workers the new psychic scam?
Destination America’s The Demon Files also getting terrible reviews. »