Posted by BEYOND THE EDGE OF REALITY ⋅ September 6, 2015
Filed Under  Bigfoot, Megan Fox

There is no doubt,even celebrities have their shares of paranormal beliefs,as well as experiences.Even Megan Fox.

Fox’s tendency to bring up her belief in Sasquatch on occasions that don’t even remotely warrant it has become something of an inside joke among journalists. I think we should support Megan fox on her Bigfoot hunting. I can not think of someone better to do some Bigfoot reality show.

In an almost surrealistically bizarre interview with Esquire, she was asked about her favorite celebrities and proudly answered: Bigfoot. Her favorite film? “Would you not be so much more interested in finding out that Bigfoot existed than in watching a really good movie?” 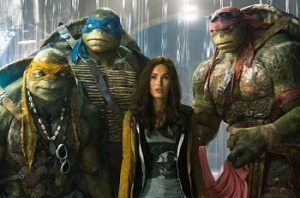 It has been shared and stated, that Even at this year’s Comic-Con, when Fox was approached by reporters for People magazine, she squandered the opportunity to promote Teenage Mutant Ninja Turtles in favor of rambling about her favorite podiatrically blessed cryptid.

It’s tempting to presume that she’s just playing some kind of long form prank on gossip journalists, but if her recent interview with MTV is anything to go by, it looks like she has zero sense of humor about it. When the interviewer brings up the topic of her “outlandish” beliefs, Fox rolls her eyes and immediately retaliates with a bunch of Bigfoot “facts.”

MY NAME IS EVAN JENSEN A PARANORMAL EXPERT IF THERE IS SUCH A THING. I myself being involved at various aspects of the paranormal have come to realize it is a field riddled with conmen and frauds hoping to evade the public and con as many as possible. This paper I.E blog site has stopped many from doing such. It is a free site for those needing help and wishing to spread the news of there fellow con people.
View all posts by BEYOND THE EDGE OF REALITY »
« Ryan Daniel Buel, uses gaming game called Paranormal State to gain friends and folks into paranormal States PRS
Area 51 document,CIA gets UFOs wrong,What is the truth? »