Rosalind Hennigars research does not seem to be very good. Posts lies and fabricated facts about Evan Jensen.

It was a hot damned day yesterday. It was hard to sleep. I awoke this morning early, when finally falling to sleep. I was sent a screenshot of our  occultist friend Rosalind Hennigar.One thing tickled me as I had to laugh, she is using another mans terms and words to try to make a point. We were taken back just a little,as we saw Rosalind Hennigar had posted some stupid article with someones face and picture, clearly not me. This made her look very bad in the eye of the paranormal and in the eyes of anyone burned by Ryan Daniel Buel. 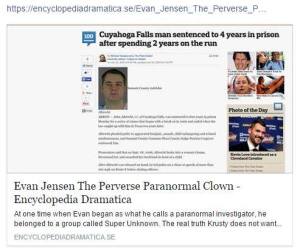 This is exactly why no one can trust a buel lover and supporter, check the actual lies, she is telling folks. This strategy, was used by Buel himself many moons ago. did not work then and is clearly not working for her now either. 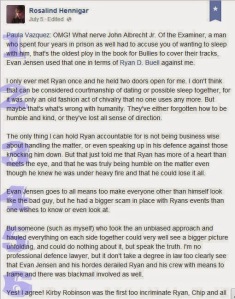 I think, she may have diarrhea of the mouth clearly.

The screenshots below are from her posts, they came right after the “Eye Of The Paranormal, was posted to my wall.

Rosalind didn’t like The Eye Of The Paranormal link, she must have forgotten that Kirby didn’t appreciate her interference with Buel either and we all knew Kirby’s work inside the case against Buel as well.

Looks like rosalind flipped her lid. She seems somewhat distracted now, may of been that post we made about her unconditional love for Ryan Daniel Buel?

#.1 I have one small thing to say to our beloved Rosalind Hennigar. OK I lied a few things to say actually. First off nobody is stalking anyone. This is my blog and I don’t go to her pages, there is no need to, we simply publish our writing into the Herald, as does any other blogger.

#.2 If those are so called true facts and clearly the picture is of someone else, then your not very good at your own research

#.3 Rosalind you once again shown, clearly that your a pathological liar and damned nuts to.

#.4 http://eyeontheparanormal.blogspot.com/…/buells-stalker-ros…
Eye on the paranormal knows Rosalind Hennigar quite well.

#.4 http://eyeontheparanormal.blogspot.com/…/buells-stalker-ros…
Eye on the paranormal knows Rosalind Hennigar quite well.

It seems that over the past few days Ryan Buell and PRS have suffered some major blows and he may be having that sinking feeling for the next several days.

– On July 8, Ryan Buell and PRS suffered what might be the final blow that will end this cancer on the paranormal.

Michelle Belanger
7 mins ·
Conversations with the Dead
It’s Tuesday, July 8th, and the Conversations with the Dead Tour was rescheduled for this month. After Chip Coffey had to bow out of the tour, Chris Edwards handled rescheduling and I was asked to fill in for Chip.
The tour sounded like fun, and I haven’t been traveling as much as I used to. A lot of fans really wanted to see me. I’ve cut down on appearances so I could focus on my writing (my new fiction novel, Conspiracy of Angels, is due out through Titan Publishing next year), but I felt like I could swing a month on the road.
But … it is Tuesday, July 8th. I have no plane tickets, no hotel reservations, no idea what the plan is supposed to be. That’s not for lack of asking. That’s just how things stand.
I’m pretty darned easy-going when it comes to schedules and such. I used to tour on a shoe-string budget with a metal band – I’ve learned to adapt by the seat of my pants. But with the new book series and everything else that is going on in my life right now, I had to give an ultimatum: there is no way I will be able to participate in the Conversations with the Dead Tour if the dates get rescheduled again.
I know my friends from PRS have a great deal of things going on in their lives – I probably know more than most. But there comes a time when one must admit that their life is too chaotic to responsibly make commitments — especially with other peoples’ money. And I won’t continue to enable that.
I am very sorry I won’t be seeing those of you who signed up for the tour. Please understand that I was asked to come along as a guest, and I have had neither involvement nor access to the business, administrative, nor monetary side of things. So should you need clarifications on rescheduling, refunds, or what exactly is going on, you will have to reach out to Ryan and/or Serge.
As a side note, Chris Edwards was previously handling most of that contact, but Chris Edwards and Eilfie Music have both resigned from PRS as of this month. By the terms of their contracts, they cannot even respond to emails you may send them on this or PRS-related issues. Please respect that.
Thank you all for your patience during the time in which I had no updates or solid answers for you on the matter of this tour — and thank you all for continuing to understand that I won’t be able to offer any further insight into the circumstances and reasons beyond this public statement. All those details are for Ryan and Serge to share, if or when they are able.
— M

Ryan Buell is clearly the CHIEF–the Chief of one.

This even gets better folks. This is my picture who I do look like, not even remotely close to any fabricated Buelshit Rosalind could ever post. But what do you expect? from paranormals worst Rosalind Hennigar. 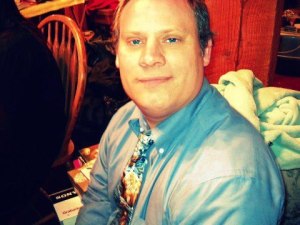 Some folks have no damned clue, not one even.

Rosalind always said she wanted in the tabloids, well here is her fame then? Meet Rosalind Hennigar please. They say in the under world, the rats come a running, but when found out, they will also hide real fast.We saw this with many individuals that we had exposed for their less then savory actions into the paranormal world.

Most of us have our lists of people whom we regard as profoundly evil.  And a number of us also think that the people on our lists are mentally ill, deranged, insane, or crazy.  But is being evil really a mark of mental illness?  Can moral character determine mentalhealth?

Without a clear understanding of what it means to be evil, it is difficult to answer this question. So what, in the first place, does it mean to be evil?

People are not evil because they have done bad things or else we’d all be evil.  As Aristotle maintained, being evil portends a persistent habit of doing bad things.  Moreover, evil people know that what they are doing is bad but choose to do so anyway.  They therefore act with malicious intent. Moreover, evil people typically care little or not at all that what they are doing is or may be harmful to others; and some evil people even derive sadistic pleasure from it. Moreover, some evil people are very cunning and can disguise their evil intentions and lack of regard for others.  These individuals may be con artists or even charming rapists or murderers.  Of course, there are degrees of evil and some evil people are not as evil as others.  For example, it is arguable that a person willing to kill you and be amused by it is more evil than a person who is only willing to steal your money.

Indeed, there are some evil people, so-called “sociopaths,” who have Antisocial Personality Disorder and are therefore mentally ill according to current psychiatricstandards.  For example, the Ted Bundies and Jeffrey Dahmers of the world can commit brutal murders with little or no remorse.  But these cases are rare and the vast majority of sociopaths are not mass murderers

According to the DSM 4-TR,”The essential feature of Antisocial Personality Disorder is a pervasive pattern of disregard for, and violation of, the rights of others that begins inchildhood or early adolescence and continues into adulthood.”

So here is a mental disorder that is, in fact, defined in terms of moral deviance. According to the DSM 4-TR, anyone fitting this diagnostic classification must satisfy the following diagnostic criteria:

B. The individual is at least 18 years old.

C. There is evidence of conduct disorder…with onset before age 15 years.

D. The occurrence of antisocial behavior is not exclusively during the   course of Schizophrenia or Manic Episode

So, do all or most people 18 years or over whom you would consider evil also satisfy the above criteria? If so, then all or most evil people you know are sociopaths; and since being a sociopath means being mentally ill, this also means that all or most of these people are mentally ill. For instance, consider whether all or most evil people on your evil persons list tend to lie, disregard the safety or welfare of others, and rationalize or show little or no remorse for the pain they inflict on others.  According to DSM standards, as long as C and D above are also satisfied, this would make such people mentally ill.

But some “anti-psychiatrists,” notably Thomas Szasz, would argue that mental illness is itself a myth; and that therefore terms such as “sociopath” and “Antisocial Personality only exist deeply rooted inside the said individual period. 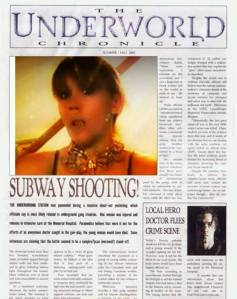 Rosalind reminds me of some psychopath, that you may see in the headline news, some sick twisted bitch, with one mission to stalk a mans page and has done so for years now, she is somewhat delusional and twisted for sure.

I am sure this will be continued to another part(2)

MY NAME IS EVAN JENSEN A PARANORMAL EXPERT IF THERE IS SUCH A THING. I myself being involved at various aspects of the paranormal have come to realize it is a field riddled with conmen and frauds hoping to evade the public and con as many as possible. This paper I.E blog site has stopped many from doing such. It is a free site for those needing help and wishing to spread the news of there fellow con people.
View all posts by BEYOND THE EDGE OF REALITY »
« Ghost hunter,says he captured Jonbenet Ramsey’s E.V.P..
Rosalind makes threats of placing satanic curse on host of Beyond The Edge Of Reality. »